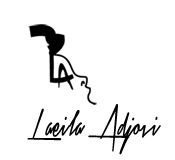 How do you photograph the act of waiting? How do you make pictures of separation, expectation, longing? How do you shed light on one of the hidden faces of international migration – the wives in waiting - while respecting the privacy of those who have stayed behind and are often reluctant to be seen?

Before anything else, you have to explain and earn trust. You have to repeat over and over again to Cumba, Ndeye, Fanta, Alimata and so many others that their voices and their stories. At first, many of these wives thought they would join their migrant husbands. They are called 'Modou Modou' in Senegal or 'Benguiste' in Ivory Coast - African men who left for Europe in search of better prospects. You've seen the most unfortunate ones on the news. The ones who drown at sea during the travel.

Before their departure or as they settle on the other side, many of them get married in their community or village of origin. Countless girls and families from a poor or rural background believe that marrying a migrant bears the promise of a wealthier life.

Most of the migrants' wives I met initially believed in their good fortune. But in time, many have had to silence their dreams. Left behind in their husbands’ families, they can only travel via a proxy. The photo series 'Such long nights' tells the story of women entrapped in a no man's land. Faces and places in tales of constant waiting.

Photographing African spouses waiting for the return of their men is not just about portraying disappointment and victims. The most striking parts are not the truncated lives, unfulfilled hopes and rusty dreams. It is the resilience. The self-irony. The dignity of women who hold their sense of humour as if it were steel armour. 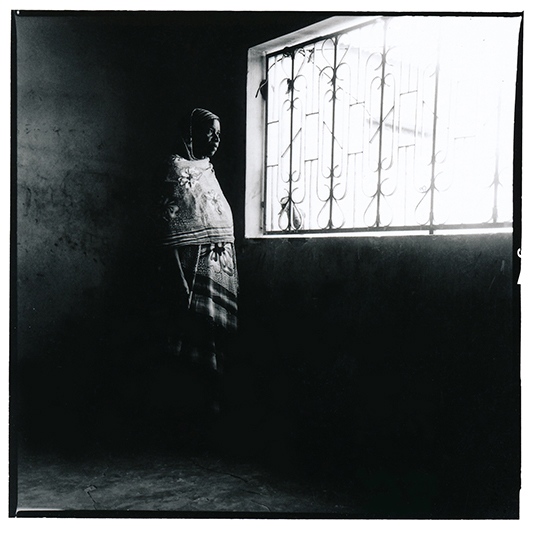 Ndeye Ba is the president of the association of migrants' wives in Louga, Senegal. Her husband was a mechanic in Louga, until he left for Europe to find a better job. That was more than 15 years ago. She has not heard of him since. ©Laeïla Adjovi 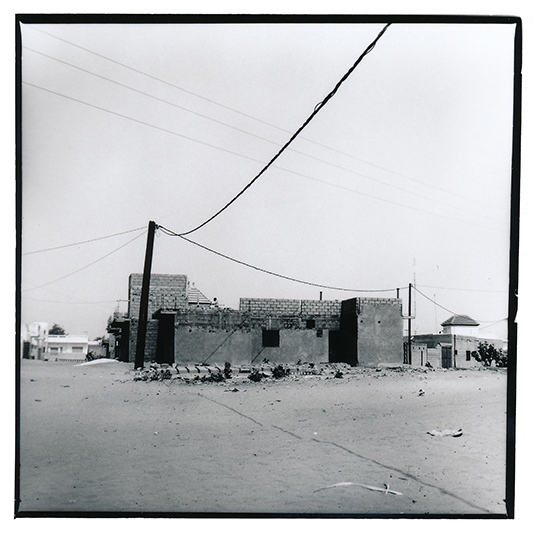 Louga, continuously under construction, is nicknamed "the capital of  Modou-Modous". In Wolof, a Modou-modou is a man who migrated to Europe for economic reasons. They often send money to build houses in Louga and provide for their family who stayed behind. ©Laeïla Adjovi 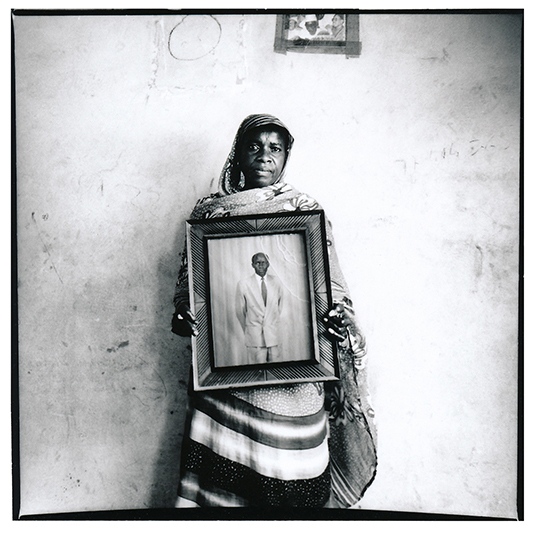 Ndeye Ba was the only spouse of migrant in Louga who accepted to disclose her name and her face. She has not heard from her husband since he arrived in Belgium 17 years ago. "If you see him, she says, tell him that his children want their father." ©Laeïla Adjovi 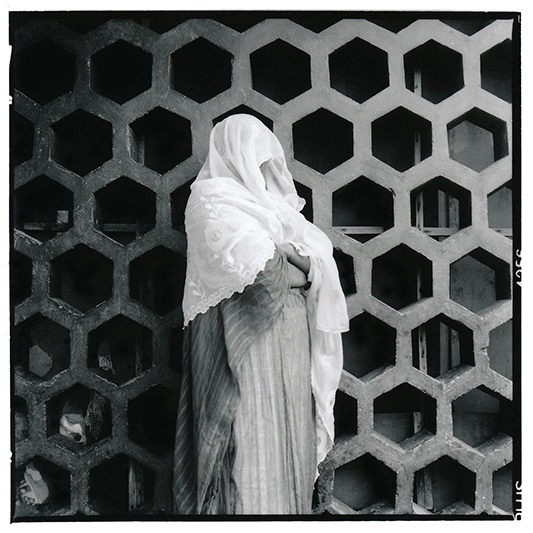 When Khady (pseudonym) got married at 21, her husband was already working in Italy. After years of marriage, he took a younger second wife. She fought hard to get a divorce, in a conservative area where divorce is often considered a shame for the family. ©Laeïla Adjovi 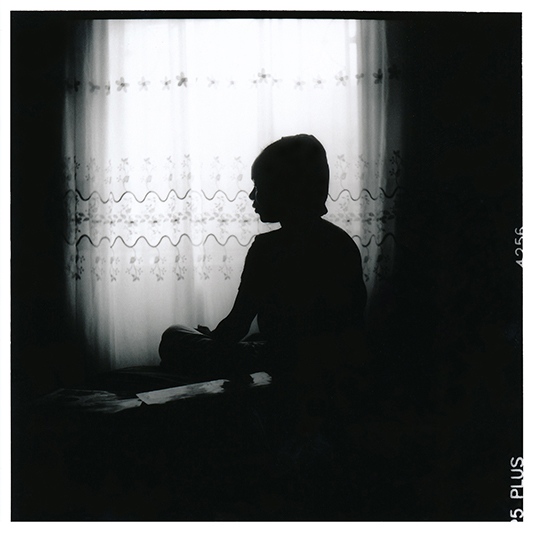 Ndeye Maguette (pseudonym) is lonely. "The nights last so long" she says. At 32, she has been married for 10 years to a man who lives in the US. At first she did not want to marry him but her parents insisted.  "They said this man could bring me happiness and provide for the whole family". ©Laeïla Adjovi 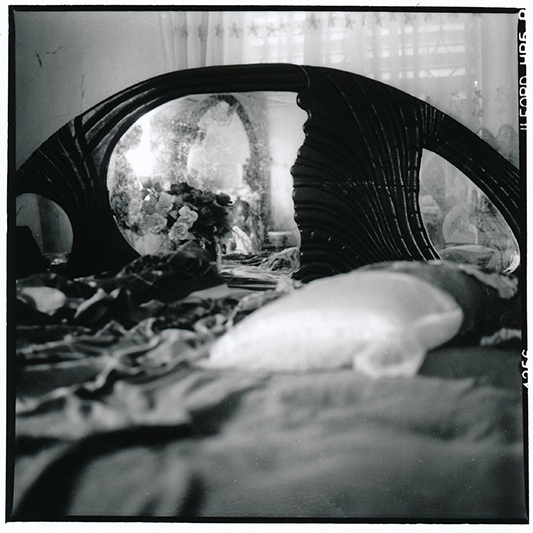 Ndeye Maguette's husband comes back every two or three years. The couple has two daughters who live with their mother. After all these years, Ndeye Maguette no longer sees herself joining her husband abroad in the US. " There is nothing for me over there", she says. ©Laeïla Adjovi 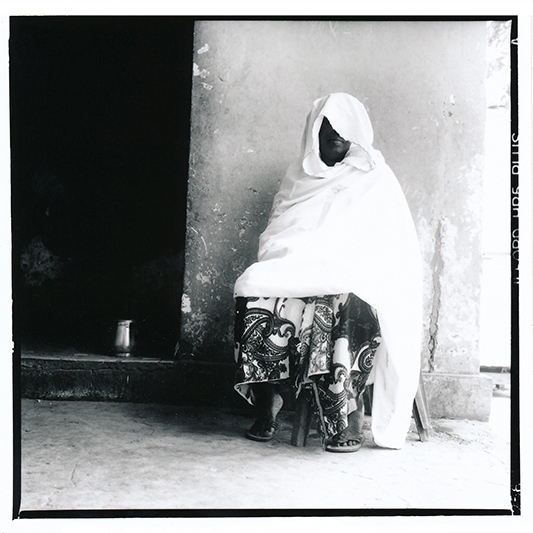 Ndeye Fatou's (pseudonym) husband was already a Modou-modou when the two got married. He travelled to Morroco, Ivory Coast, Italy.  He never took her with him, and never discussed family reunification. When he took a second wife, she battled to get a divorce. She finally got it after almost 30 years of marriage. ©Laeïla Adjovi 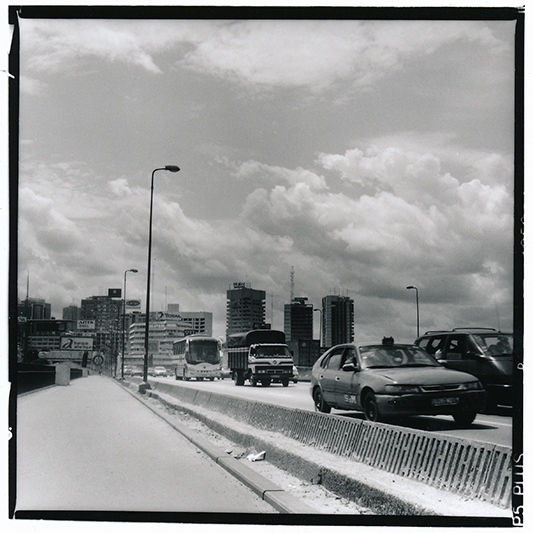 In Abidjan, the bustling capital of Ivory Coast, a stay in Europe is often seen as a must on the itinerary of social success. In Ivorian slang, Europe is called "Bengué" and the ones who go there are the "Benguists". ©Laeïla Adjovi 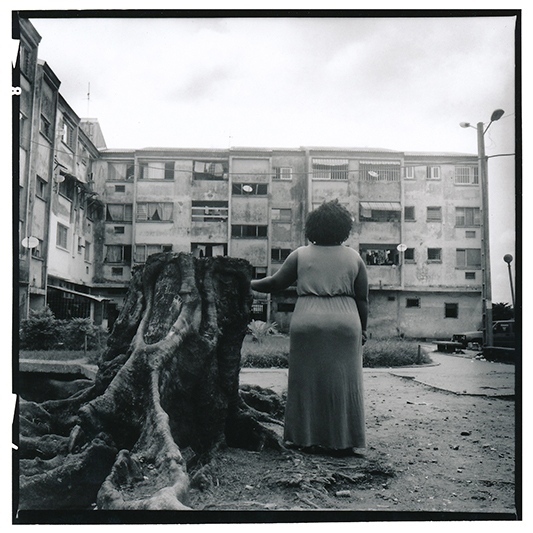 Danielle (pseudonym) did not want her husband to move outside the country. But as a doctor, he felt he could make a better living abroad.  So he convinced her. But now he has another marriage in France. "Today, I don't even feel guilty anymore about seeing another man, she says. ©Laeïla Adjovi 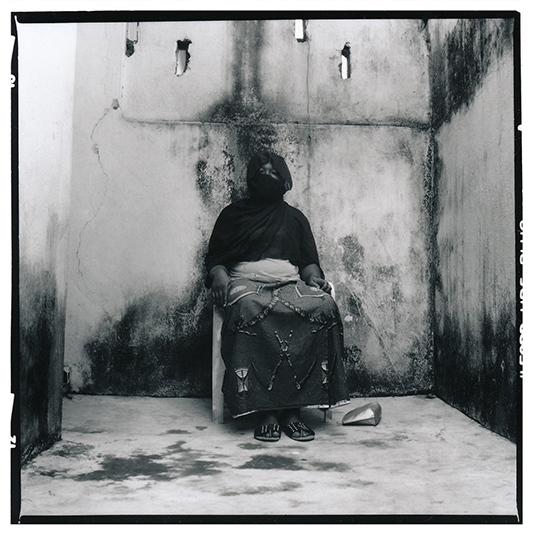 When Fatou (pseudonym) met her husband in 2007, it was love at first sight. But this love could not compete with her dream of going to Europe. So she encouraged her husband to migrate. He has not been able to come back to Abidjan for a year, for lack of means. But she believes in him, and they both seem committed to building a life together in Europe. ©Laeïla Adjovi 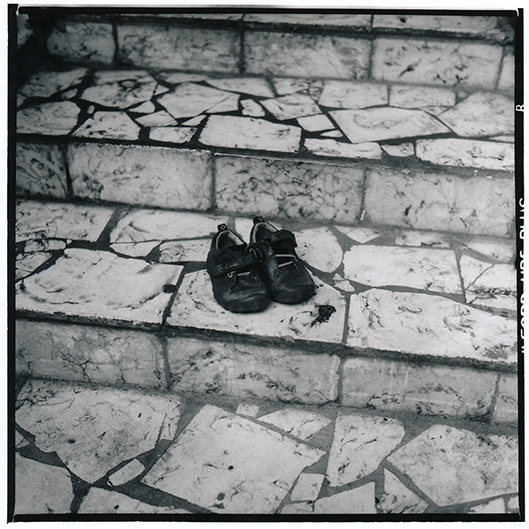 Fatou's son often asks when his Dad will be back. The little boy also asks about his father every time he sees a plane in the sky. The boy has not seen his father for a year. ©Laeïla Adjovi 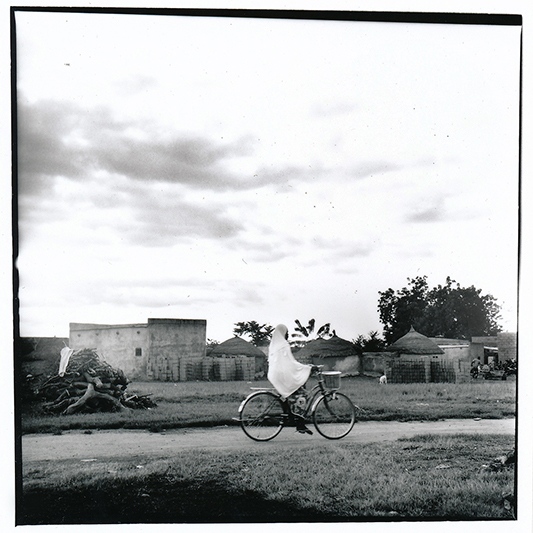 In Burkina Faso, the town of Beguedo is called 'Little Italy'. Over there, men of the Bissa community have been leaving home to work in Italy since the early 80's. The former mayor says that half of the married women here have their husband abroad. ©Laeïla Adjovi 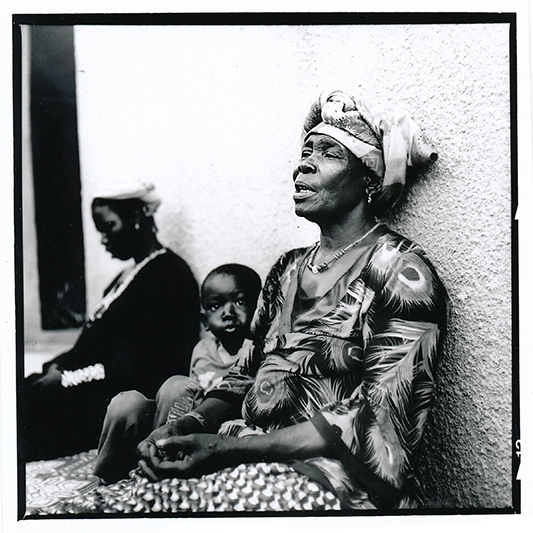 Here, people differentiate "old" and "new" Italians - the formers are men who left for Europe before the economic crisis.  30 years ago, Momimata married one of them. Fatimata, married to a "new Italian" is not as well off as her mother in law. ©Laeïla Adjovi 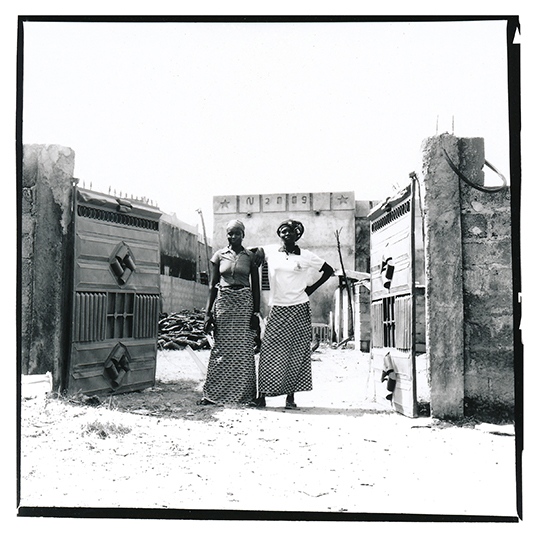 Alimata, 24, and Nema, 22, are her sisters-in-law, married to two brothers living in Italy. The two women have become close, sharing the hardships of bringing up their children on their own, and cracking jokes about that as often as they can. ©Laeïla Adjovi 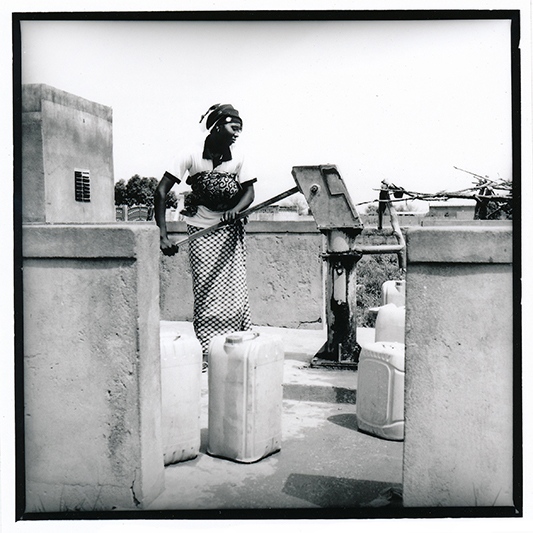 Nematou did not get news from her husband for months. She kept on working to bring up their two children, until one day out of the blue he came back. She expresses one regret - having had to drop out of school too soon. After her first pregnancy, her in-laws said she had to stay home. ©Laeïla Adjovi 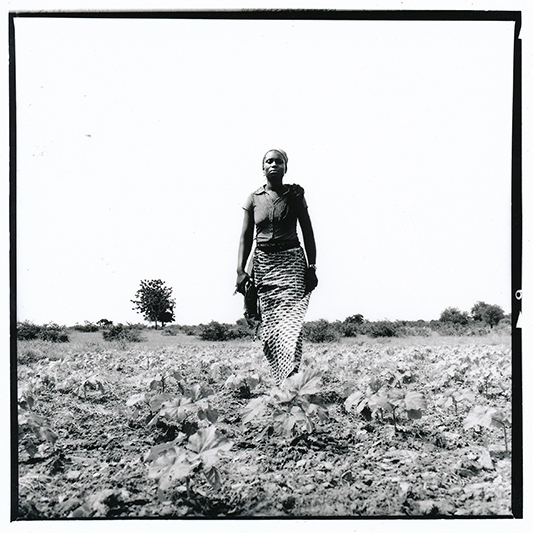 Alimata grows peanuts and vegetables and owns a small business selling charcoal. In the seven years she has been married, she spent less than six months with her husband."Now I just want him to come back. And maybe we can work together." ©Laeïla Adjovi 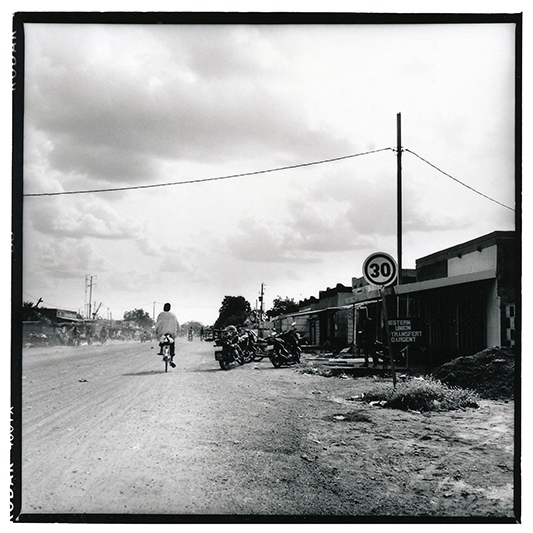 Here, someone who travelled far is said to have "his eyes opened", and a huge part of the people in Beguedo rely on remittances. There are no tarred road and no supermarket but money transfer desks and banking establishments are flourishing. ©Laeïla Adjovi 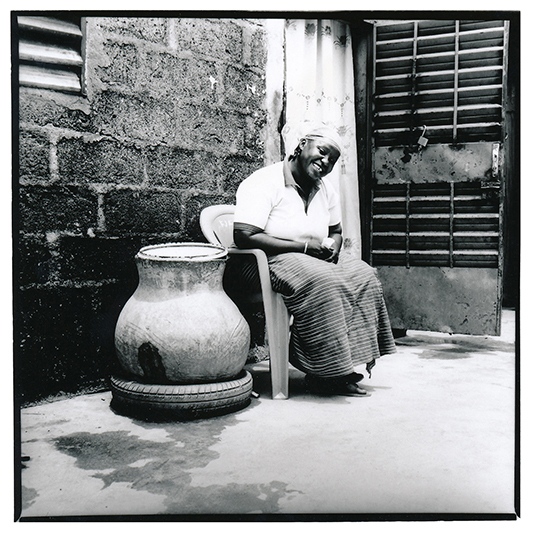 Awa Sagne, 38, laughs at her own misfortune. "Once my husband abroad dared to send me 2500 francs! (around 3 euros) I looked again, and then I just sent it back, saying thank you but no thank you, I would rather work and earn that myself". ©Laeïla Adjovi 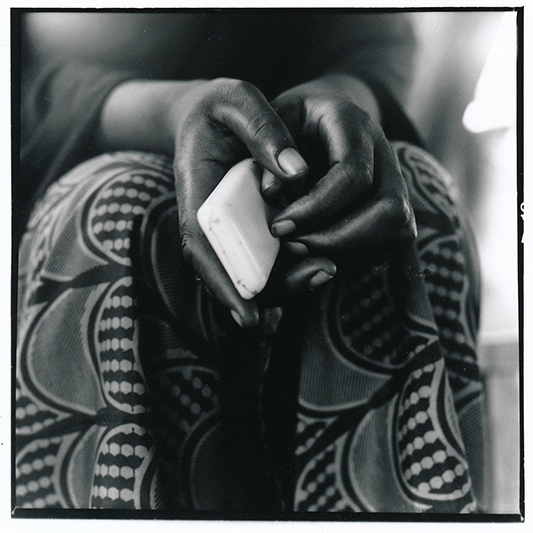 Malika (pseudo) often speaks to her husband in Italy on the phone he gave her. But whenever she can, she discretely puts some of her own earnings aside. She follows a Bissa proverb that says it all : "Sleeping on someone else's mat is like sleeping on the floor". ©Laeïla Adjovi